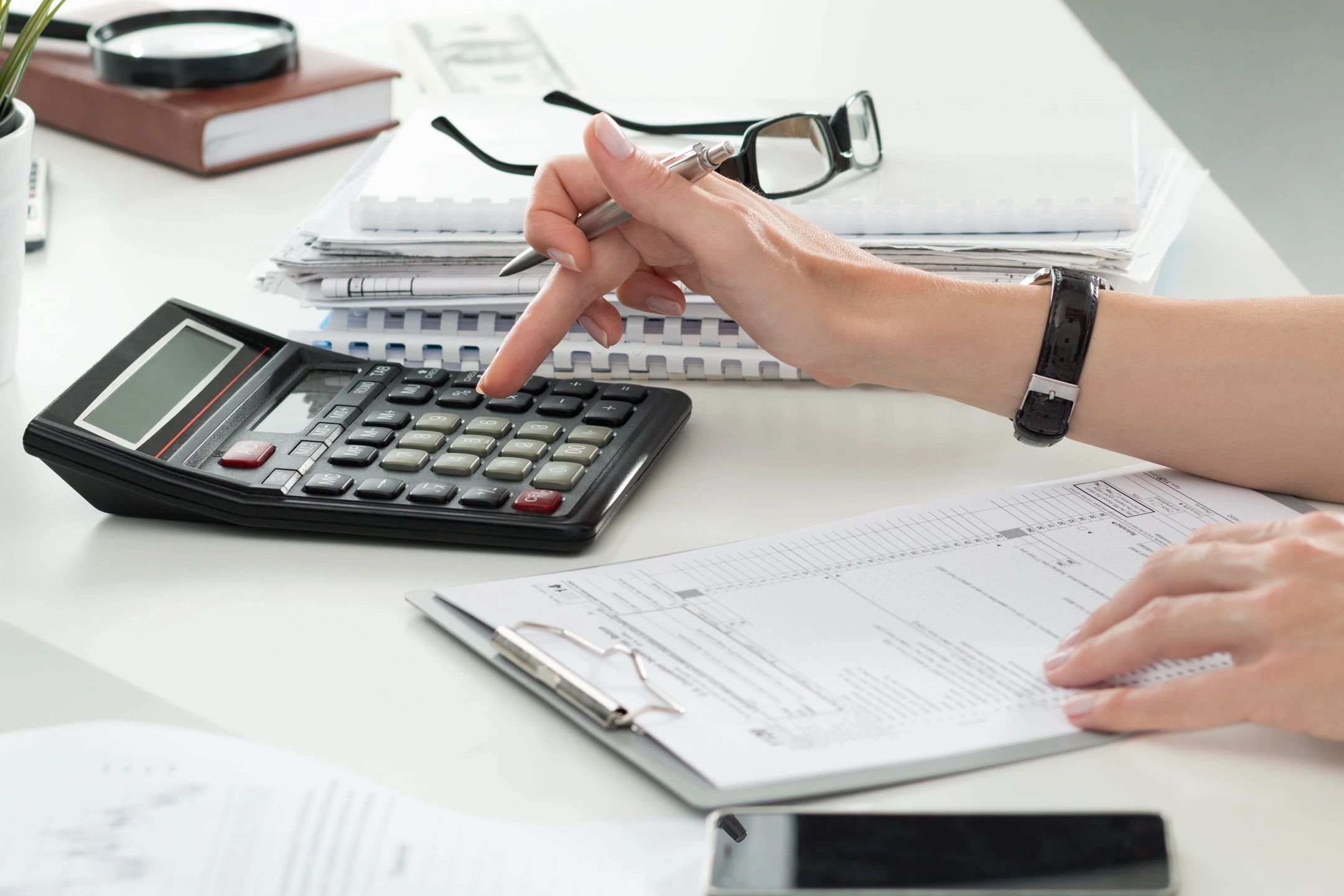 HAVE YOU LOST MONEY with store pods?

We have pursued successful claims for clients who have been placed into "storage pod" investments - via Store First Ltd. - by advice firms that have ceased to trade, we also pursue claims against SIPP companies that are involved

You can claim yourself via the FSCS for many of these advice firms, or you can choose to use our service.

We charge a fee of 20% inclusive of VAT, if we win compensation for you.

Which Advice Firms Were Involved ?

We have seen evidence of advice from a firms such as: Douglas Baillie Ltd., and their linked firm The Pension Specialists; Precise Advice Partnership, and The Pensions Office - linked to Keith Popplewell. Many investors were apparently first contacted by an unregulated "introducer" firm called Jackson Francis Ltd. We are also pursuing claims against SIPP firms   alleging a lack of due diligence

This former advice firm was based in Perth, at the postcode PH2 0NJ. The firm was asked to suspend Pension Transfer Advice and activity in 2013 by the Financial Conduct Authority (FCA). The firm ceased trading and went into liquidation in 2016

This business was part of Douglas Baillie Ltd. - and conducted Pension Transfer busiiness using their then website "thepensionspecialists.co.uk". This business arm ceased pension transfer activity in 2013.

This former advice firm was based near Sheffield in South Yorkshire, at postcode S6 6GH. It was declared in default by the Financial Services Compensation Scheme (FSCS) in 2015

On 30 April 2019 the court made an order to wind-up four companies in the public interest by consent between those four companies and the Secretary of State.

The companies wound-up in court:

Mr & Mrs P of Glasgow both submitted a claim to us. Our information gathering and technical analysis meant that we were able to submit 4 claims to the Financial Services Compensation Scheme (FSCS) in respect of their advice to invest into Store First Ltd. "Storage Pods" within a SIPP, using pension transfer monies from their former pension schemes. When asked about Assist.Claims "we would highly recommend them" they stated.

Mrs C of North Lancashire was contacted by an unregulated introducer firm and transferred her final salary pension scheme benefits into a SIPP wholly invested into Store First Ltd. "Storage Pods". After our investigation it became clear that a UK based, regulated IFA, had been involved and we were able to obtain a maximum FSCS award for Mrs C. She was, unsurprisingly, absolutely thrilled at the news.

Mr G, of Glasgow, approached us about advice he received to invest into a Store First Ltd. "Storage pods" SIPP. This was a complicated case, and required investigation to uncover the evidence of advice and the qualifications and regulatory accreditation of the adviser. we presented a strong case to FSCS who made a maximum award. Mr G. has been very pleased with the decision. Start your claim at the bottom of this page.

Storage Pods Article From Assist.Claims in The Daily Record

In 2014, then chancellor George Osborne announced plans to reform the way retirees could spend and save their pensions, opening up a new range of options for the over-55s.

But although the changes, which were brought into force in April 2015, meant more freedom for pensioners, scrapping the obligation to buy an annuity product left many people open to mis-information and poor advice from some financial advisors.

Some pensioners were encouraged to move their savings from standard, low-risk schemes and instead invest in high-risk ventures that would bring high reward – which later failed to materialise, causing an estimated £120million black hole.

Last year, the Serious Fraud Office announced plans to investigate the sale of so-called ‘storage pod’ investment schemes, and customers are being encouraged to find out if they could be due compensation.

Here, we spoke to Ken Hanning from mis-sold investment and pension claims specialists, Assist.Claims, to find out more.

What exactly is a ‘storage pod’ scheme?

Traditional workplace and private pensions are quite simple – most people save a set amount each month, which is then placed into a collective ‘pot’ to be invested in stable, low-risk mainstream schemes.

Once you reached retirement age, you then take your share and buy an annuity product, which provides you with a monthly ‘wage’.

However, when new pensions freedoms were introduced in 2015, pensioners were instead able to take their pension in a lump sum, spending it however they wanted.

And as Ken explained, this left a lot of people open to fraud.

"Many of our clients were advised to transfer their pension monies out of large well-known pension schemes, into Self Invested Personal Pensions (SIPPS), which were then invested into ‘storage pod’ type assets.

“In some cases this represented poor advice because the pension schemes they left were broadly based investments, and these were transferred into single asset higher risk 'storage pod' schemes.”

He added: "In almost every case, clients are embarrassed when they first meet us – they feel that they have acted foolishly. But they really shouldn't feel like that.

“Sometimes the advisers themselves have acted in good faith but have been caught out themselves. Some Scottish firms were central to this advice.

"And we represent people from every walk of life – lawyers, magistrates, business owners, nurses, retail workers, and ex-miners to name but a few."

How do I know if I can claim?

You can claim compensation if you received inappropriate pension transfer advice that resulted in lost funds.

This can be a complex process but if you were advised to transfer into a SIPPs and invest into unregulated assets, you could have a legitimate claim.

Ken said: “Claiming compensation can be technically challenging in some cases, but for some clients it can also be straightforward.

“Where a very simple claim is involved, the best advice – if you are able – is to make the claim yourself. However, many of our clients have described the process as 'daunting' or 'too complicated', and that's where we can help.

Will I have to pay to make a claim?

"Claims can be more complex where more than one advice firm has been involved. This often happens where clients have been transferred out of 'Final Salary' pension schemes, which are often available through local authorities, large companies or other public organisations like the NHS,” explained Ken.

"We make a charge for our service – but only if we win compensation for our clients.

This article was brought to you in association with Assist.Claims.

Alice Hinds of The Daily Record interviewed Ken Hanning, Partner at Assist.Claims for an advertorial piecve for their website

In May 2017, The Guardian newspaper reported on a Serious Fraud Office (SFO) investigation and warning about a number of “Storage Pods” pension investment schemes – including Capita Oak Pension and Henley Retirement Benefit. The Guardian also named other potential schemes that they had seen literature about:

“One glossy brochure seen by Guardian Money offered the chance to buy individual units from £3,750-£30,000 said to be located in the north-west of England. The investor would buy the unit on a long-term lease from Store First Limited, and then sublet it to a management company which would subsequently rent it out.”

One of the key concerns about Storage Pod schemes (other than the SFO warning that some are run as scams) is the difficulty involved in withdrawing an investment. In other words, that they can be illiquid investments. The Guardian article highlighted this concern:

‘In December 2014, the Pensions Ombudsman published its decision in the case of “Mr X” who was persuaded to transfer his entire future pension – £367,601 – from the NHS Scotland scheme into Capita Oak. The ruling stated that Mr X was told his money would be invested in “Storefirst Limited” (sic), “a large self-storage firm in the north of England”. It was offering an 8%-12% return “and therefore it seemed a good investment”. He later discovered that he couldn’t get his money out.

The ombudsman said Mr X may well have been “duped” out of his entire pension, and it is not known whether he ever recovered any of his money.’ (The Guardian, 27 May 2017)

The obvious attraction for schemes such as StoreFirst SIPPs is that they appear to offer very high rates of return, compared to traditional pensions investments.

If you have been affected by a pension transfer into a Storage Pod scheme that you are now concerned about, please get in touch and discuss your issues with a specialist pensions claims expert.Start your claim at the bottom of this page.